Back to the Past

Every so often I see people asking in the newsgroups how to solve certain challenges they encounter while working on their BizTalk applications. One common question revolves around being able to go "back to the past" when an error happens during processing of a message.

This isn't a bad question at all, and usually revolves around how to simulate the behavior of atomic transactions in an environment where transactions can be a lot more complex and not always as natural.

The question usually goes like this: "I'm receiving a message in BizTalk, which is triggering an orchestration instance. The orchestration does this and that, and if it any of those things fail, I want to put the message back where I got it from". 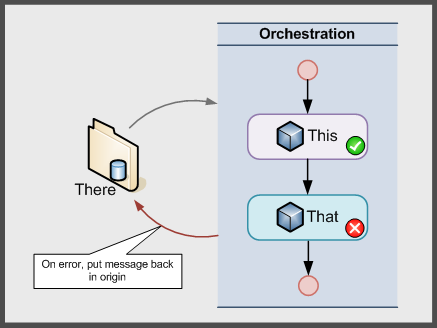 The question might seem simple, but it's not always necessarily so. In fact, sometimes you have to stop a moment and ask yourself whether this really makes sense. There are several aspects you need to consider:

On the other hand, this is a very common model for queued messaging systems: If you run into an error processing the message, you put it back into the queue and try again later. And this works great many times and can simplify error handling a great deal.

The point where this becomes a problem is when you rely on this as your only error handling mechanism. If you blindly send the message back to its origin to retry processing for any and all errors and a message comes in that always fails, you've got yourself a poison message! 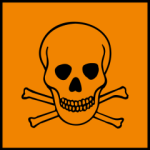 I've already talked about Poison Messages in the past, so I won't comment much more on them. But there are other things you can keep in mind to improve the "back to the past" error handling technique, particularly if you don't care about message processing:

These are just some ideas that might help make your system more reliable and more manageable. Some of them do cost money; that is, you have to invest time and development/testing efforts in getting them done, and that's where you're going to have to evaluate what makes sense and what not.