I used Anonymous a few years back for a few months, back when it was a free download from the Microsoft.com site, and found it pretty usable. It was recommended to me back then by Felix Kazsa.

The other three fonts I gave a cursory look but didn't find them too much to my liking. In particular, both Crystal and Onuava are too elongated in the vertical for my taste, and I found the braces and a few other punctuation symbols a bit too skinny.

One common problem with free fonts, by the way (and this is particularly bad with monospaced fonts) is that they usually only offer a very limited set of characters. Now, I don't need the entire unicode charset, but having at least the basic accented characters used in spanish and german is pretty useful, so this is another consideration to keep in mind when selecting a good programming font.

Right now, I'm back on Consolas for general programming, though lately I've been giving a look again at Bitstream Vera Sans Mono, which is stil a pretty usable font all in all. However, I'm using a derivation from this called DejaVu Sans Mono.  Here's an example: 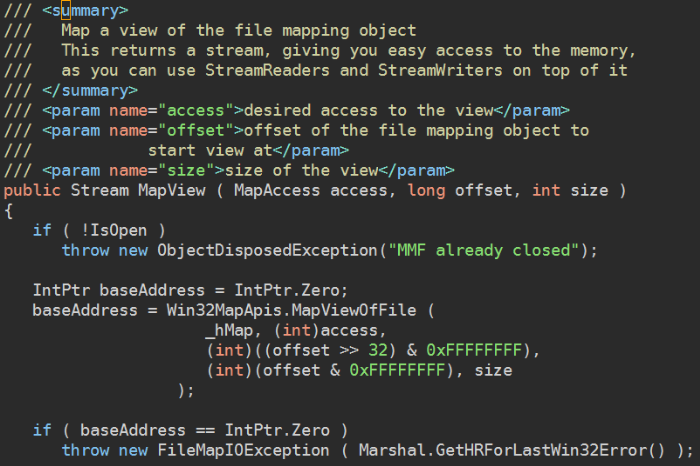 By the way, as far as sans serif fonts go, Deja Vu Sans Condensed shows quite a bit of potential in my humble opinion :-)