Super Colossal And Other Music 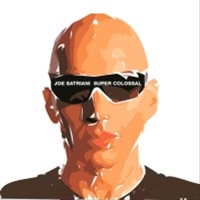 A few weeks ago I got Joe Satriani's latest album, Super Colossal, with a gift certificate I got  for my birthday. I'm a big fan of Satriani's music, and I was not disappointed by Super Colossal; it's a pretty fun album.

The songs I liked most so far are One Robot's Dream and Theme for a Strange World; both kindof alien, futuristic songs that still managed to hold to the rock side, without sounding so electronic as Satriani's works in Engines of Creation (which is still a good album, I must say).

I do have to admit a certain weakness for guitar-player albums, from which I have several, including also Blues Saraceno, Tony MacAlpine, Brad Gillis, and a bunch of excellent albums from Koch Guitar with a mixture of styles and artists. For some reason I've never been much of a fan of Steve Vai, though he's undoubtly a very talented player.

Speaking of music, I've been rediscovering some of the music I had in my music library that I hadn't heard in a while, and finding some stuff I wasn't so fond of originally that I'm really liking now much better. 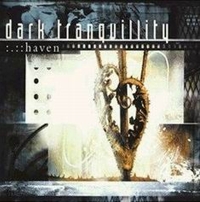 On one side, I have a lot of darker, almost gothic, music and there are a lot of great bands in this genre. Some really cool ones I got from EMusic a couple of years ago include Lacrimas Profundere, Diary Of Dreams, Daargard (their Eternity Rites album is great), Fields of the Nephilim and Floodland.

On another front some of the heavier metal stuff I've been having much fun with include Dark Tranquillity (most of their Haven album is great, particularly Indifferent Suns), In Flames (all their recent albums are excellent) and Gandalf's Rock Hell.

And then there's the "softer" side of things, with bands like Ivy (they have a great cover of The Cure's "Let's go to bed" on their Guestroom album, by the way).

Even though my taste in music is fairly broad, as you can see from this, I always have trouble finding music I like. One of the problems is that a lot of the music I like is not really very commercial, and it's very hard to find around here, and when you do find it it's usually fairly expensive; so a lot of my music has been acquired online though the years. I actually have more albums I got from EMusic during my time as a subscriber there than I have actual physical CDs!